Highest Domain Sales of All Time

Below is a list of the largest published domain sales to date. Please note that this is a list of raw domains – which means the domains were not active websites or businesses at the time of sale. Basically, these sales are comparable to the sale of raw land.

MicroStrategy, a leading worldwide provider of enterprise analytics and mobility software, today announced that it has sold the Voice.com domain name for $30 million in cash in a transaction facilitated by GoDaddy and consummated on May 30, 2019.

Block.one has made a smart strategic decision in choosing Voice.com to be the internet domain name for its new social media platform. The word ‘voice’ is simple and universally understood. It’s also ubiquitous ― as a search term, it returns billions of results on the internet. An ultra-premium domain name like Voice.com can help a company achieve instant brand recognition, ignite a business, and massively accelerate value creation

Over the years, we’ve worked with many clients who are just starting out or rebranding. This means we often consult with companies about choosing a domain name.

With the recent explosion in gTLD (generic top-level domains) by ICANN (the entity that basically controls the Internet), domain registration options have never been more plentiful. Starting a spa? You can register yourbrand.spa. Want something that happened in Vegas to make it straight onto the Internet? yourexperience.vegas can tell your story (just keepit.kosher).

But with as much excitement as there is behind these new domain name extensions, is it ever worth going through the trouble of not owning the .COM as well (as a redirect at the very least)?

Going with a non .COM domain name might save you money in the short term, but there are many reasons why you should try to own the .COM for your brand, even if you plan to market it under a different domain extension.

Make no mistake about it, the overwhelming majority of websites use .COM for their Internet presence. The extension dates back to 1985, when it was originally foreseen as the domain extension of choice for brick and mortar companies seeking a website (.net was anticipated to be used by Internet-only companies, but this never really panned out as expected). With the advent of the Dotcom boom, .COM as an extension quickly skyrocketed ahead of all other alternatives.

Today, over three decades later, it has become the go-to for nearly all major brands. In fact, investors and companies alike continue to pay tens of thousands and even well into the millions for premium .COM domain names.

2. Most people will assume your website ends in .COM

Because of the overwhelming market share of .COM, particularly with major corporations, most of the Internet-using public (including your would-be customer-base) has grown accustomed to assuming a company’s website is their brand name followed by .COM. Amazon, Apple, Microsoft, Facebook, Google—the list goes on.

There are over 134 million .COM registrations at the time of this writing. The next closest is .net with 14 million, which puts the extension soundly in second place.

There are a few companies, such as Nissan, who don’t own their brand as a Dotcom, but those are the extremely rare exceptions. If you ever wanted to find Nissan’s website, for example, chances are you’ve had to backtrack to Google to learn that their website is actually https://www.nissanusa.com.

Back before it went out of business, Twitter’s popular video app Vine existed on Vine.co. Vine.com itself appears to be registered to Amazon. The domain simply redirects to their homepage.

3. Owning a .COM domain lends credibility to your brand

The Internet has embraced over a thousand alternative domain extensions by now, but many people still aren’t familiar with the new ones. Of course, this is in some ways due to such a disproportional amount of the big business being done online through a select few top level domains such as the Dotcom.

When you see .COM next to somebody’s brand, it relays a sense of credibility. Arguably, this supposed credibility is entirely misguided and largely superficial, as there are plenty of .COM websites that are used for less than credible purposes, however, the stigma remains: “Dotcom is more legitimate and others are the cheaper knockoffs.”

4. Owning a .COM implies that you are more established

Segueing off of the credibility point in #3, it’s no secret that .COMs can be worth substantial money. If a business is willing to fork out the money required to purchase a .COM (perhaps from an existing smaller company or from a domain investor who bought it years ago), it can be assumed on some level that they’ve had some success financially. On the other hand, if a company has been around long enough to have hand registered their .COM back before they were harder to come by, longevity is also noteworthy.

Of course, these are perceived implications of owning a .COM. From a technical standpoint, using a .net or even .xyz is just as secure and just as reliable. But as marketers and branding experts know, perceived value is often times even more important for making money than actual value.

Is it possible to go register a .COM today for $15 and have no reputable history at all as a company? Of course. Owning a .COM doesn’t mean a company actually is more established, but again, due to it’s overwhelming use, the familiarity of a .COM can mean the difference between a customer visiting your website or not.

5. Search engines can sometimes favor .COM domains over others

This is definitely not always true, however, search engines like Google have been known to rank non-country-specific domain names better in universal search results than specific country code domains, which are sometimes assumed to be more specific to certain regions of the world.

The domain extension .io, for example, is an exception. It’s growing in popularity in the app and tech world due to its input/output abbreviation, but it’s technically the country code domain for the British Indian Ocean Territory. In this case, however, Google understands that many website owners are using this ccTLd generically and not specifically to the British Indian Ocean Territory, but it’s important to keep in mind that certain extensions will be ranked differently if the majority of their use is region specific.

6. The .COM has no TLD specific rules tied to it

While this fact is also true for many TLDs including gTLDs (again, generic top-level domains) and ccTLD (country code top-level domains), some TLD’s come with strings attached. For example, if you wanted to register a .us or .ca, you’d have to actually live in the United States or Canada, respectively. If you wanted to register a .nyc, you’d have to prove your residency in New York City. Other domain extensions have Acceptable Use Policy agreements that you must abide by. These can include content restrictions or limitations. Always research your desired TLD rules (if any) before making a major brand decision around it.

7. The fact you’re even reading this article proves .COM is King

Why are you reading this article? Is it because the .COM for the domain you wanted was available, but you’d rather register it only as a .BIZ? Of course not. You’re reading this article because you searched for your brand name as a .COM and came up with nothing available. Now you’re trying to talk yourself into buying a non-dotcom domain and you’re looking for reasons to either talk yourself into it or out of it.

Typically, .COM is the first search people do when shopping for a new business domain name.

The truth is, there’s a reason for that. Whatever that reason is for you, that reason is why .COM is still king—and that’s not expected to change anytime soon.

Some argue that .COM feels old or outdated. They claim that the newer TLD extensions are more trendy. This is, of course, a strict matter of personal opinion. But even if a company chooses to operate their website from a non-dotcom domain extension, why not just buy the .COM as well and redirect it?

In some cases, we realize that buying a .COM can be cost-prohibitive and this very advice can conjure up frustrating comparisons to “Let them eat cake”, but honestly, there really are still many great options available under the .COM extension. With some time and creativity, you can come up with a great name for your business that is either still available to register or at least available for purchase at a reasonable aftermarket price.

And if you just can’t justify spending the money, you have to ask yourself this question. After reading the points in this article and looking at the facts, how much money will you have to spend in branding to overcome the pitfalls of not owning a .COM? That’s not a hypothetical question. It’s something really worth pondering for your specific situation.

You can argue that there are several successful companies that don’t use .COM and you’d be right. There absolutely are. But would owning the .COM (even as a redirect) have made growing their business easier or more difficult? HINT: It sure wouldn’t have hurt.

There are also always exceptions to the rule and outliers. For example, Google’s parent company Alphabet, while leading the charge into the non-Dotcom era with their official domain name of abc.xyz, does not own its Dotcom counterpart abc.com. Unless you’ve been living under a rock, you probably assumed (and rightfully so) that this domain is owned by Disney’s ABC.

Regardless, does Google wish they owned that .COM domain name? You better believe it.

Here are the top ten biggest domain name sales of 2017, according to Namebio.com 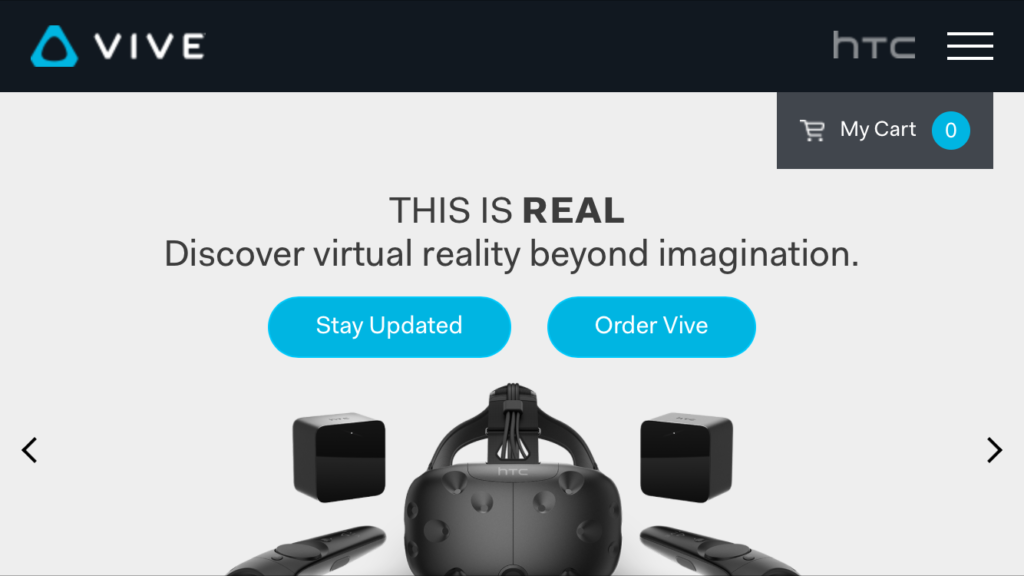 HTC Corporation and its new virtual reality hardware brand called Vive have secured the exact match domain (EMD) of the brand as a domain name, Vive.com. It may seem “natural” that large companies just “own” these types of domain names as .com’s but often times they do not and need to be acquired from from a past owner. 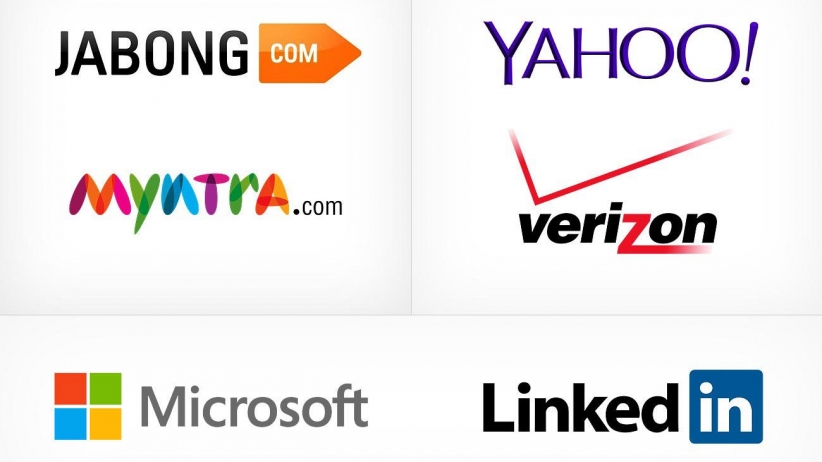 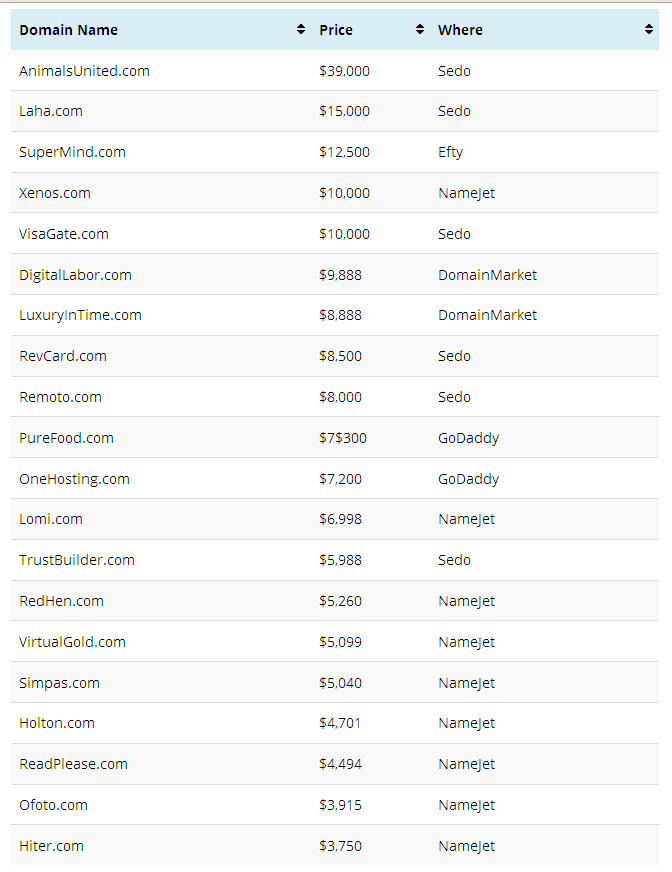 According to ename.cn sales report, the domain name 688.com just sold for about $1.5 Million dollars. 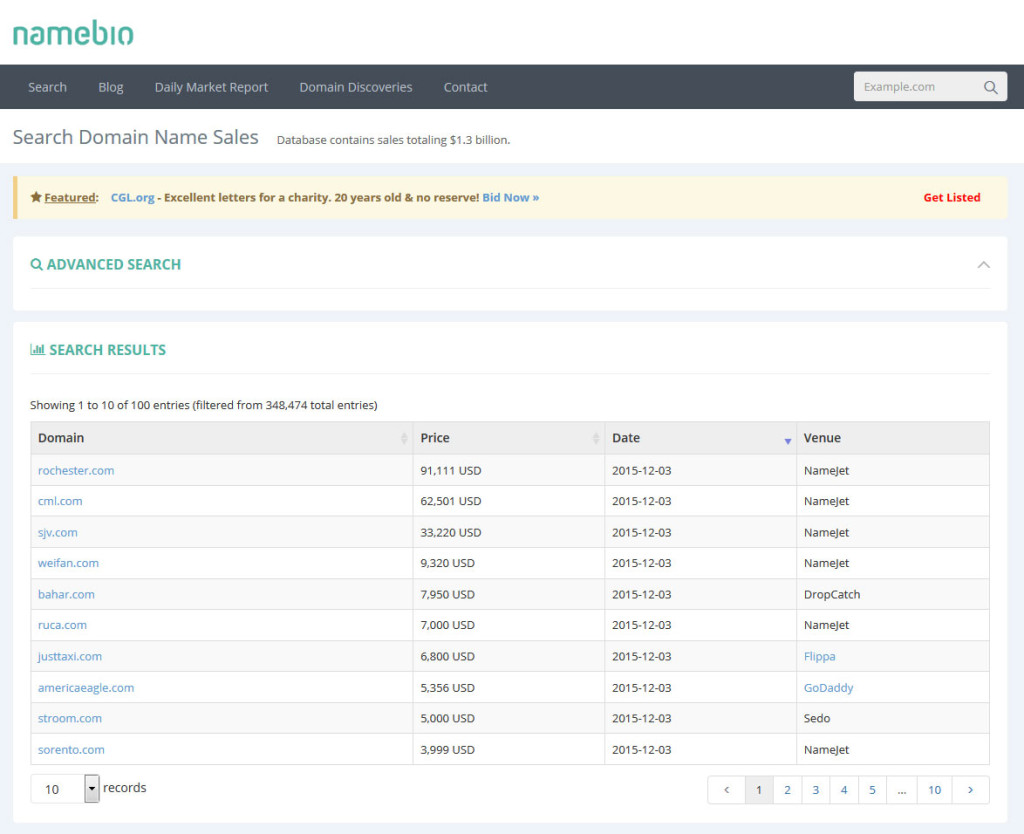